As well as swapping the industrial speed governor, the water cooled exhaust manifold, the heat exchanger, the oil filter, etc., I also added the Sherwood raw water pump to the newer engine. The 1974 Sherwood pump had no numbers or identification. It took some research to find that the pump was/is used on many engines. Of course many of the Chrysler power boat engines as well as the larger Gray marine gasoline engines used the old pump so parts and new pumps are available under different numbers, even other manufacturers(Jabsco makes a clone).

Rebuild kits turned out to be pricey: around $200. Plus to rebuild one of these includes pressing out some bearings, and if the old shaft is scored, you'll still have leaks.

So I found a new Sherwood pump on Ebay. The price was good - $320 - and made sense over time to rebuild. The one catch was they want your old pump. So they send a pre paid UPS slip and you just put the old pump back in the same box, and off it goes. Easy.

The pump runs like a champ. These move a lot of water through 1 1/4" hoses. I always figured I'd pull the hose off the intake seacock in the event of a sinking. 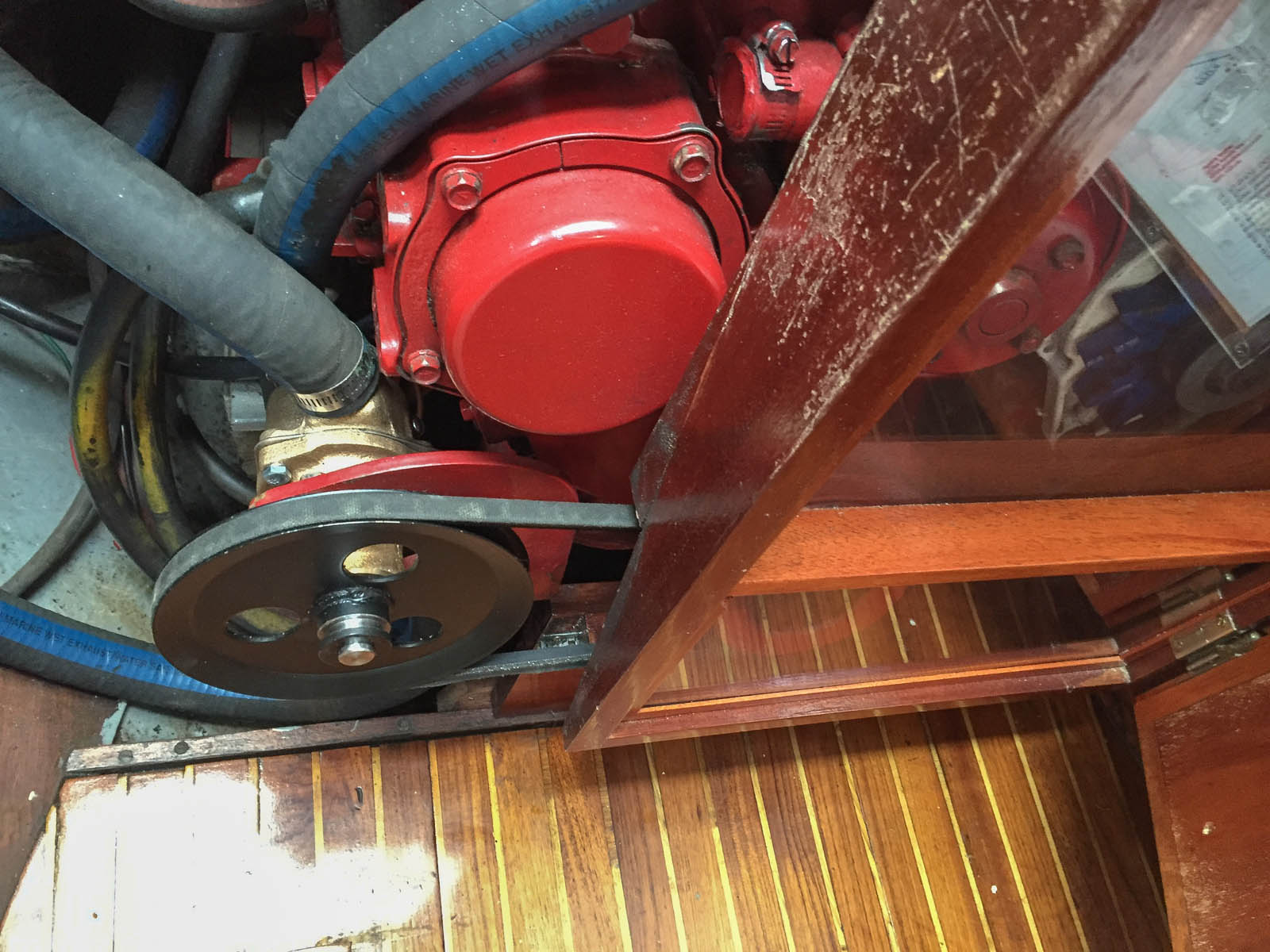