Nice, Ray! A lazy morning at anchor and the over reliance of electronic charts?
In Response To: Re: A very short time later, the fog lifted just a bit

I get up - usually, at dawn on the water. It's a special time for me. And after the usual, coffee, bird watching, I took a row around Hells Half Acre (about 7 am), with the dogs.

Mary Ann likes to sleep later. But she wanted to row around Hell's too. So the dogs got a bonus trip, at 8:40 am. 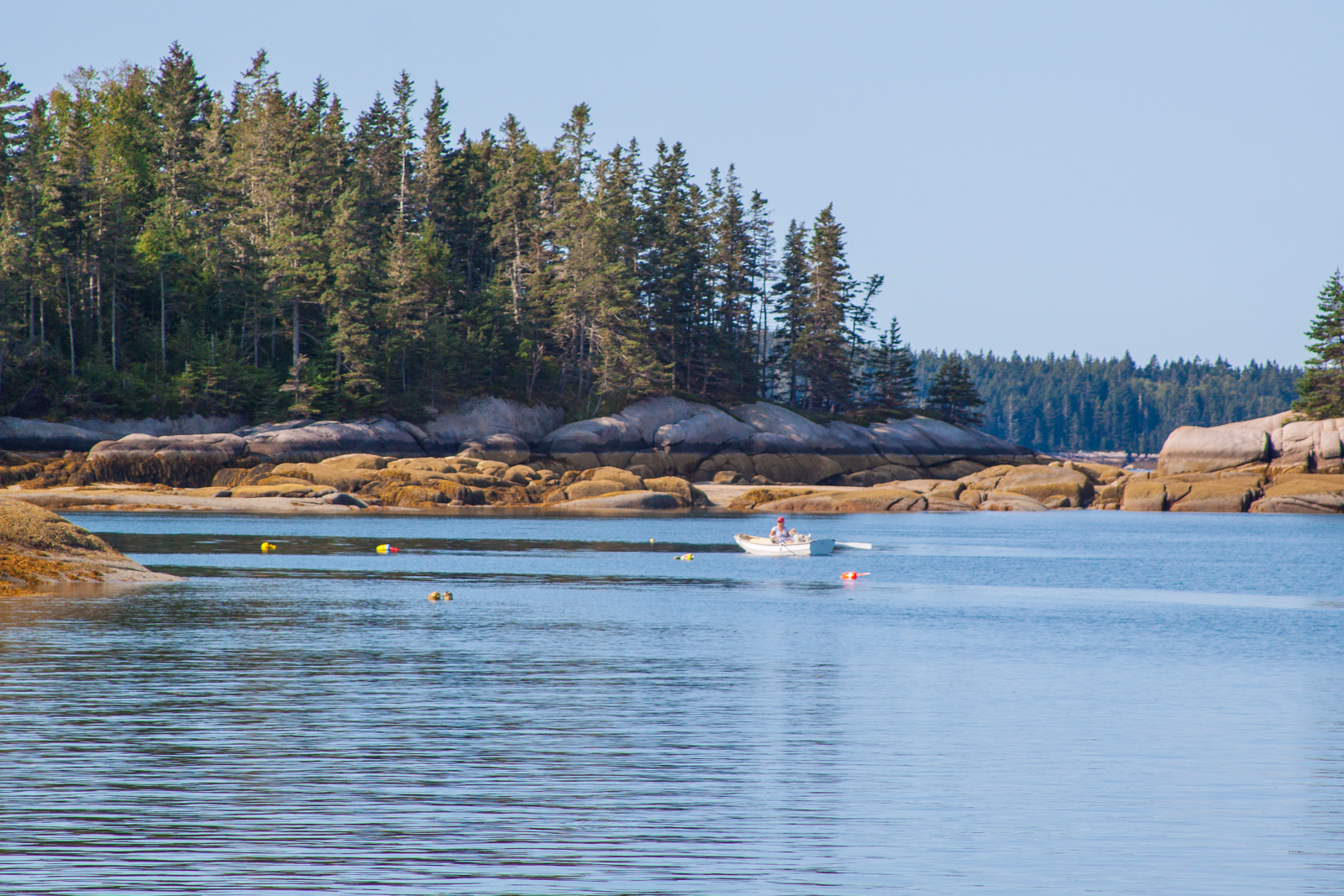 We came in under sail and anchored(under sail), the night before so I wanted to sail off the anchor. Morning, late August, there's almost no wind - easy to pull the anchor, drift around finding wind. We could make way - barely, on the morning zephyr, but not down the Deer Isle Thoroughfare(our general direction). No, we'd have to go where the wind(SE about 3-4 knots) would give us steerage.

Adjusting sails onto a close reach took us, slowly, to places we've never been. Notice in this part of the recorded track, my Ipad showed us running right through some rocks? 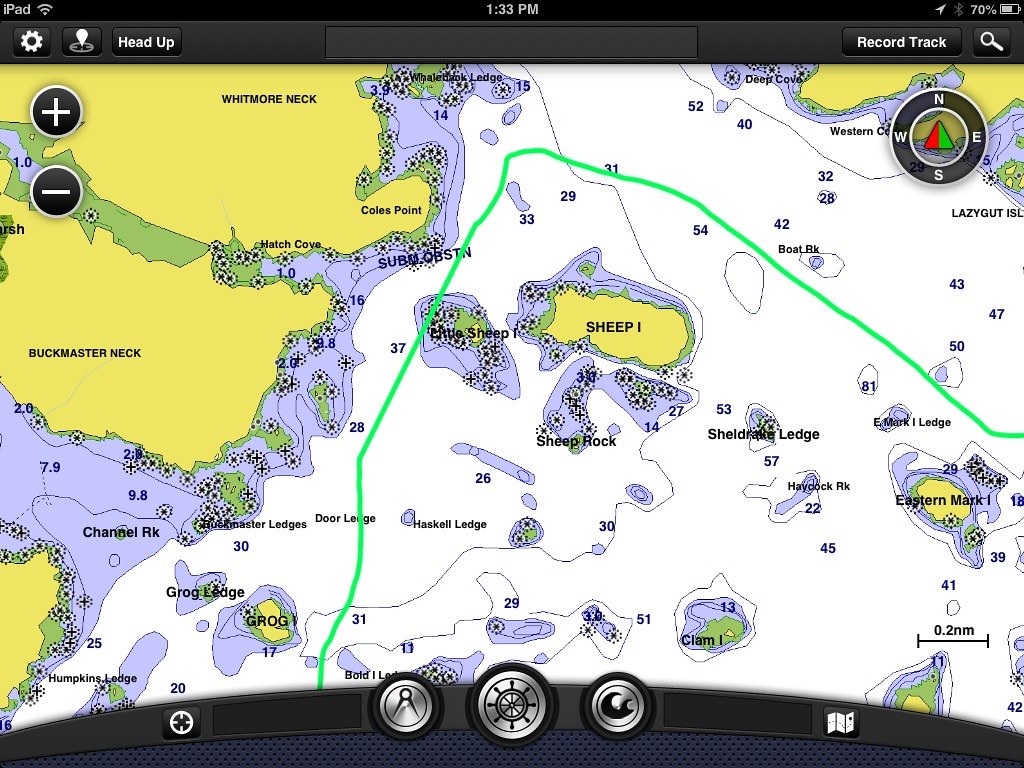 The reason was, I have a remote GPS antenna(bad idea) with separate battery(in a locker). The battery went dead. But the Ipad doesn't tell you that. Your boat icon, that appears headed down your track, is dead on the screen. That could be a problem but I'm used to it.

I had another CP going and one on my phone(and a depth sounder, eyes,...).

There is a thread on Sailnet discussing the "Over reliance on electronic charts, dangerous?". Interesting but of course there's no data to support that hypothetical danger, either way. Over reliance on anything for navigation would be a bad idea. Nothing new.

It made me think though: My total reliance on electronic charts (which I'm comfortable with), does it change the way I sail? Looking at this track; through and around rocks I wouldn't have sailed through years ago - estimating my position on the chart, I know that it (electronic charts), has changed the way I sail.

Good or bad? It's good for me. What about you? 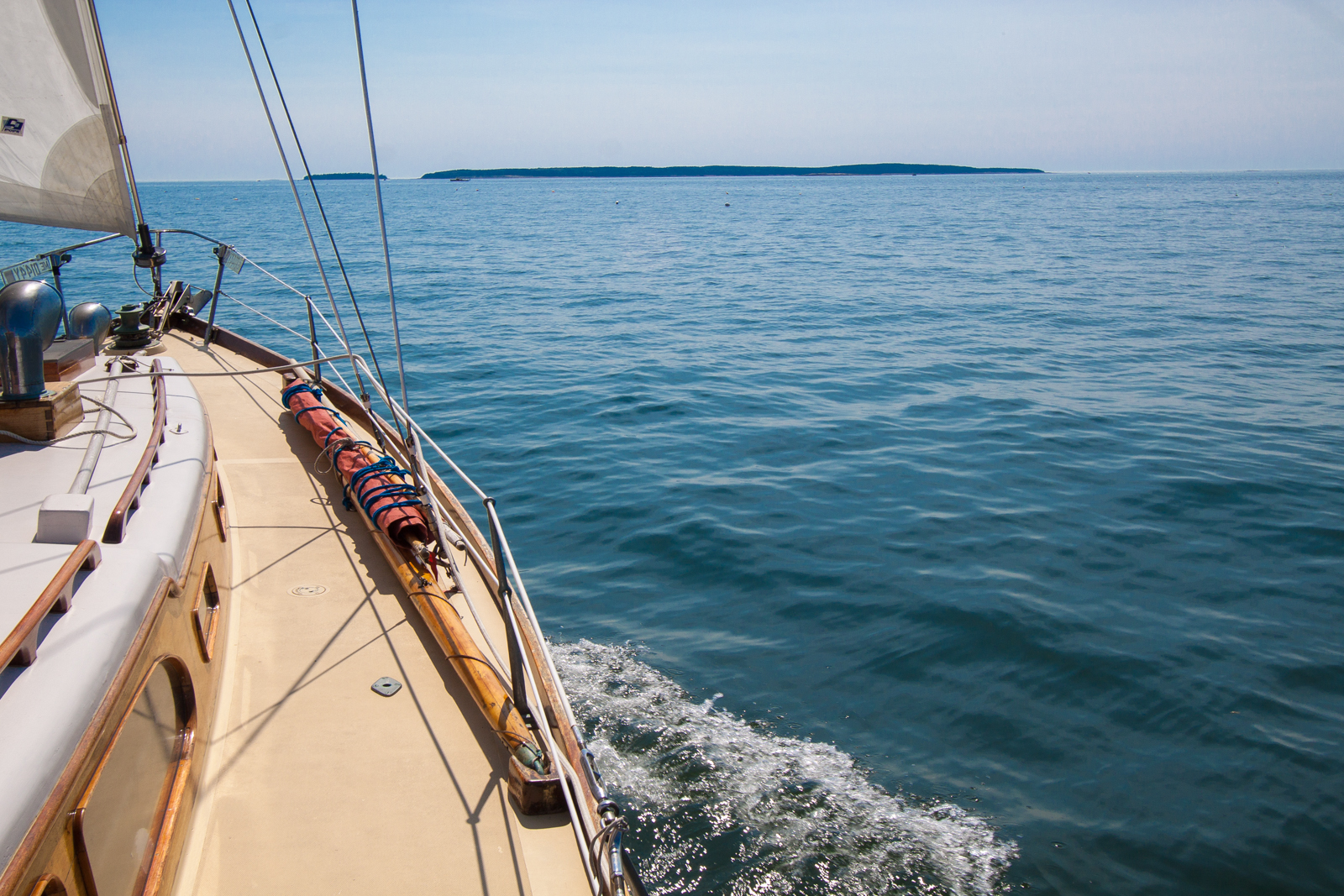