Sailing as an art form in Seal Bay.

There is always something to see in Seal Bay on the east side of Vinalhaven Island in Penobscot Bay. Sunrises, Eagles and Ospreys and of course seals.

Being as beautiful and protected as an anchorage can be, you’re likely to see a few boats in Seal Bay as well.

This lovely Murray Peterson schooner was anchored nearby at daybreak. 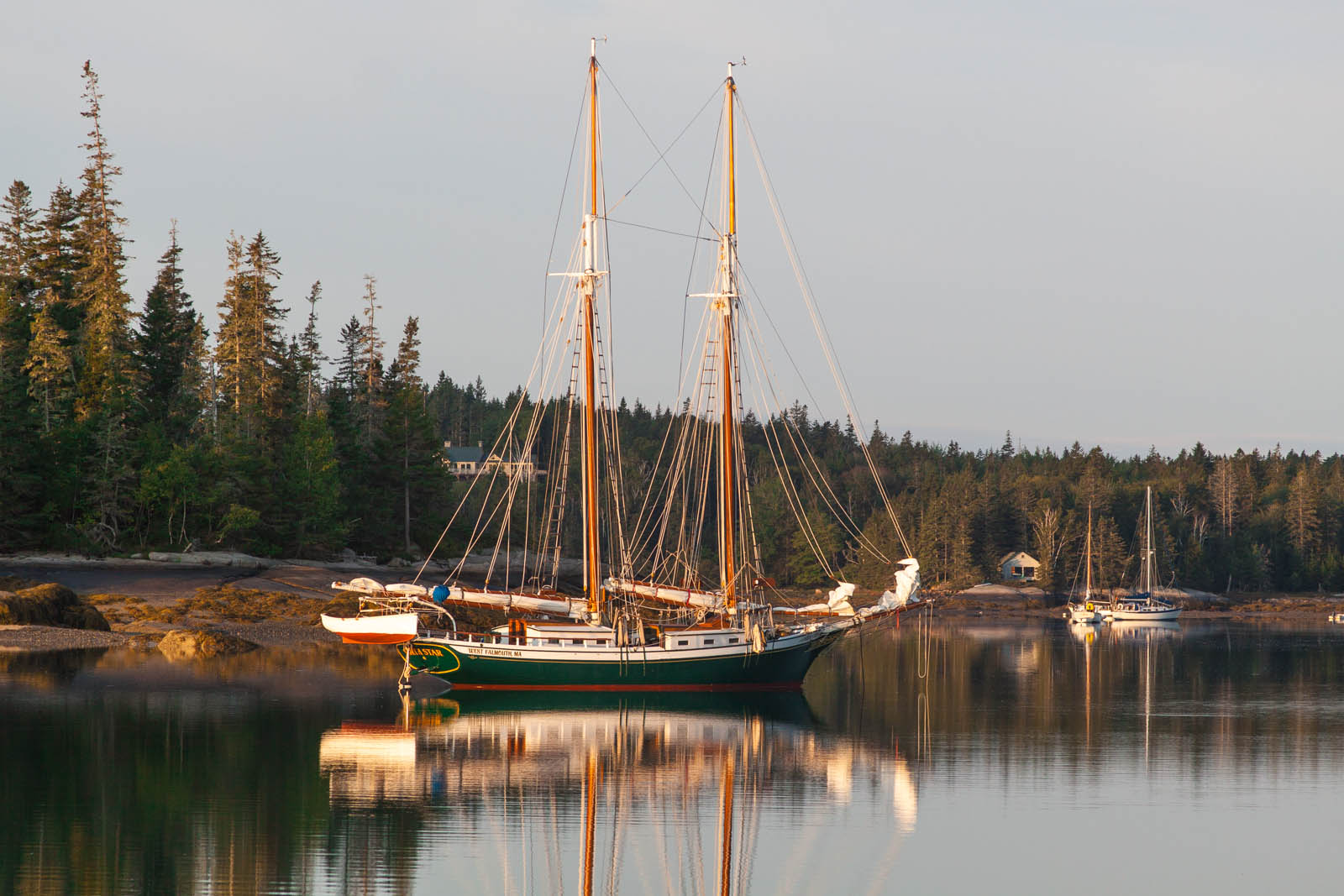 Compact of scale with a dense cloud of rigging, ratlines, booms and masts overhead, she reminded me of a finely detailed ship in a bottle.

But the green gem is no toy. Easily hoisted sails were raised quickly. The engine ran as the windlass raised the anchor - then shut down, and the quiet returned to Seal Bay. The schooner was under sail in the light morning wind. 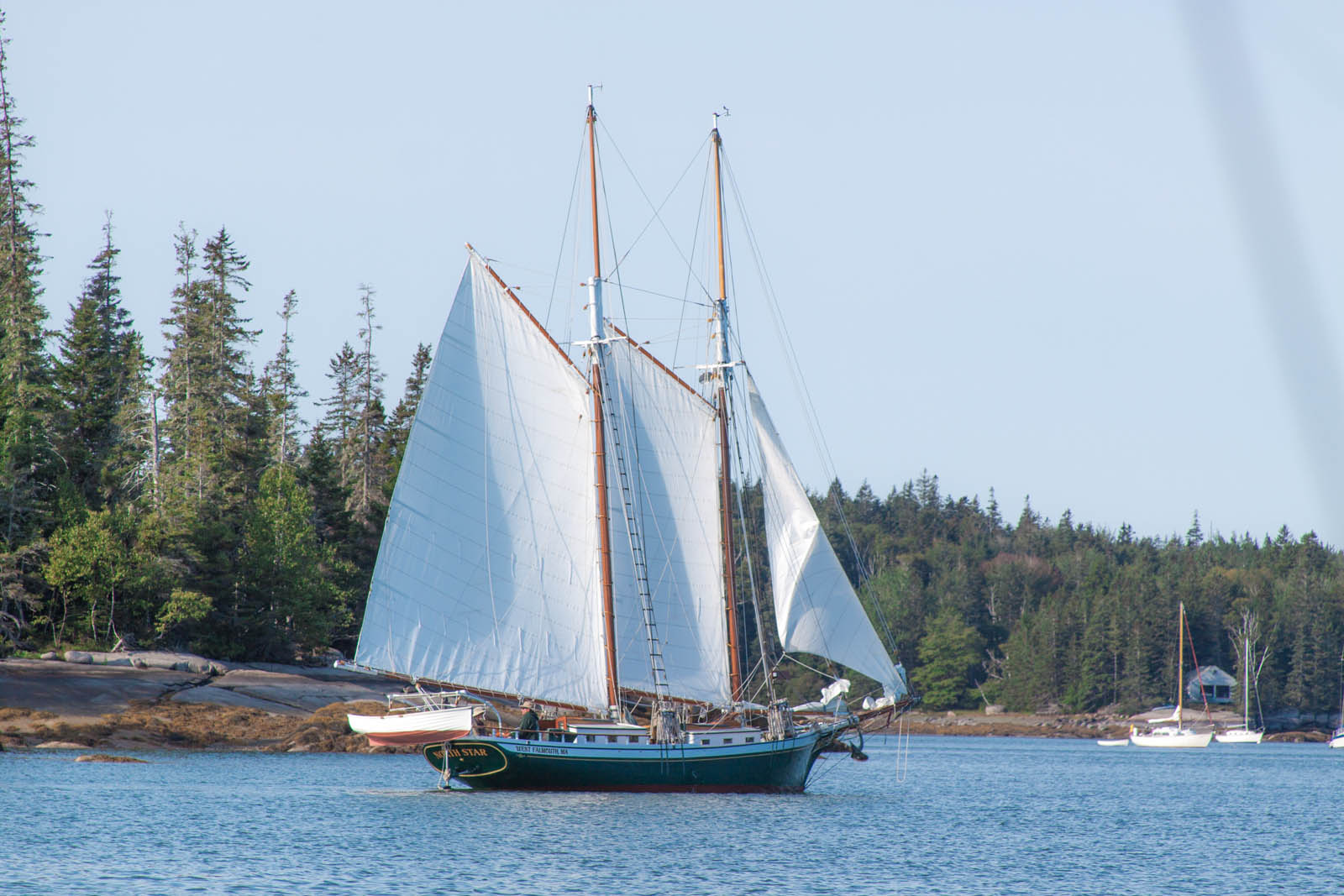 They sailed by, close enough to our cockpit to hear a hiss from their tiny wake. 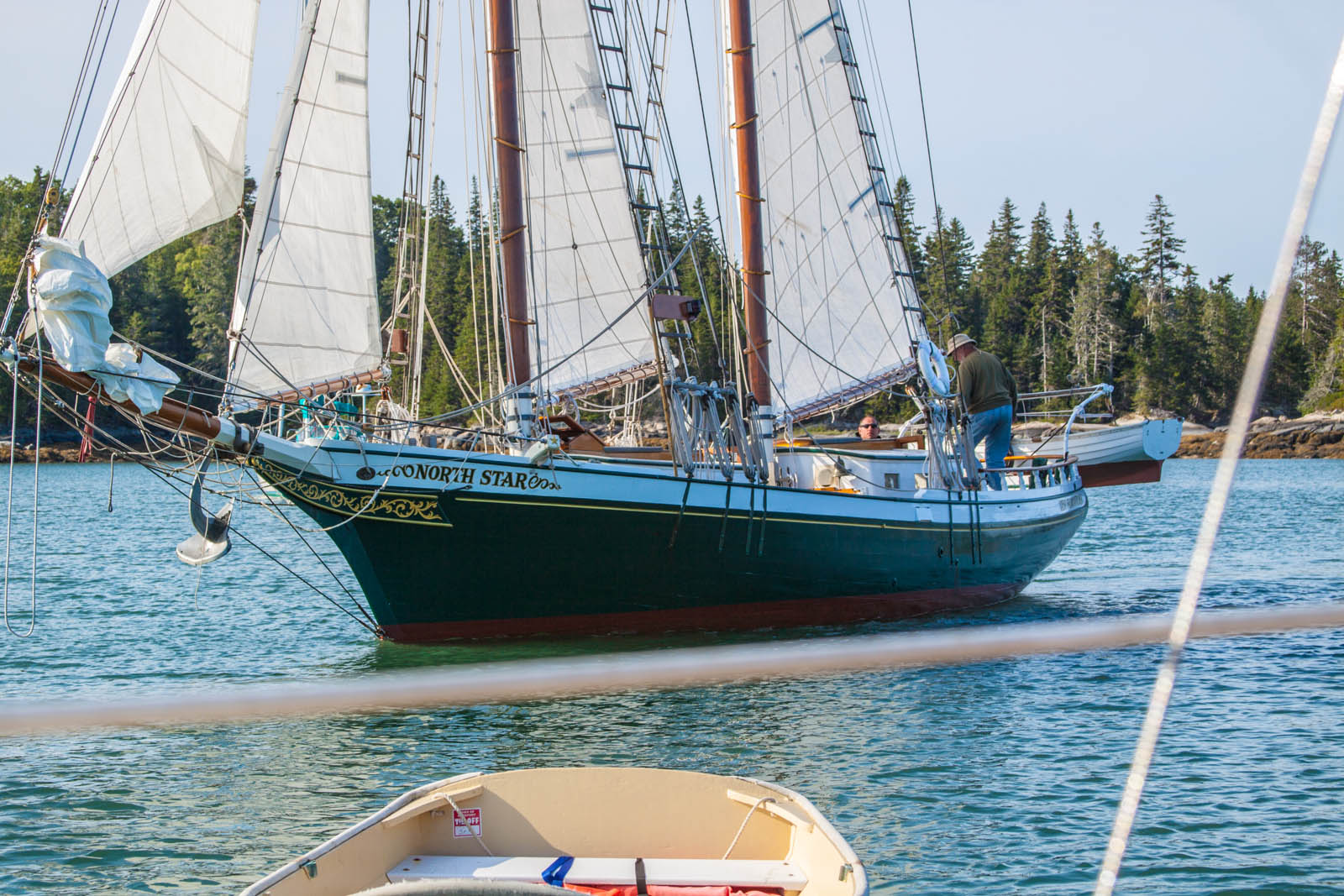 A handy sailer. Self tacking, there was nothing to do in the light Northerly breeze but steer a safe course between the rock strewn shores, that their sails could support. 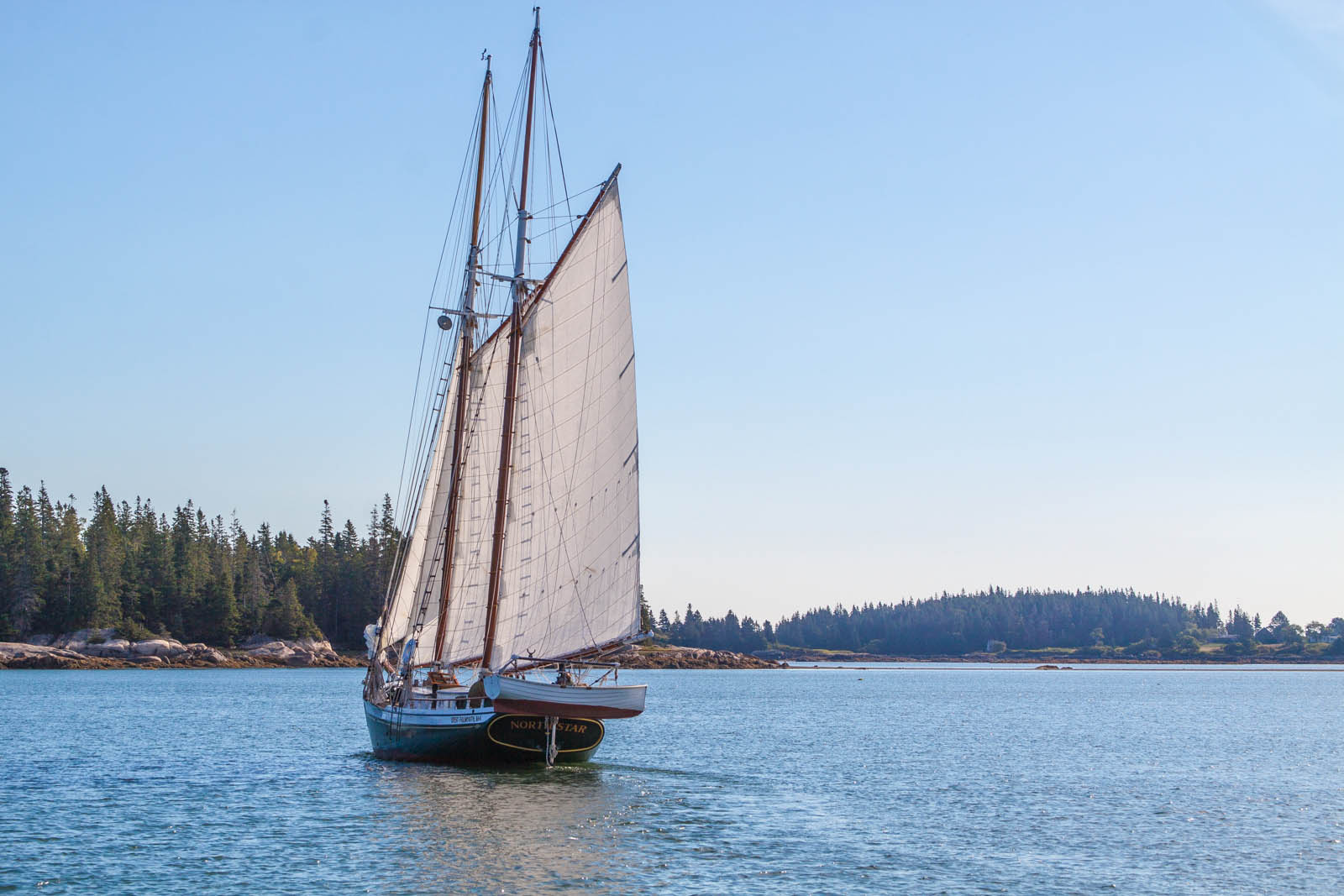 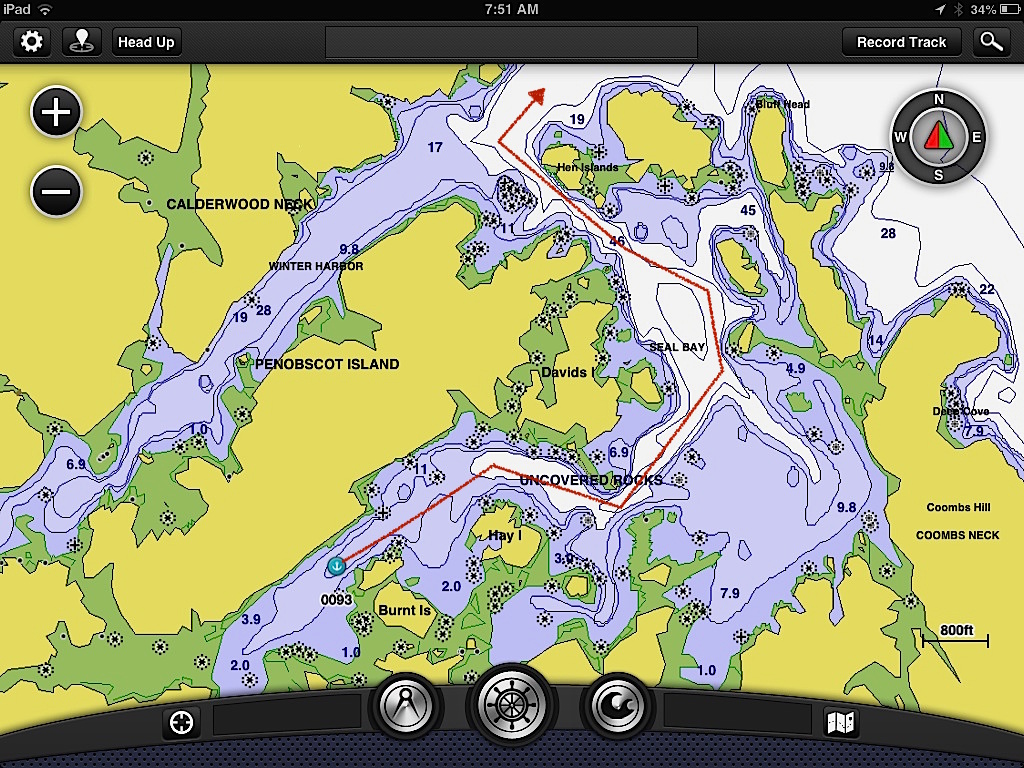 An Osprey startled us all by crashing into the schooners wake. Dripping wet, he rose back up in the sky with a wriggling mackerel for breakfast. 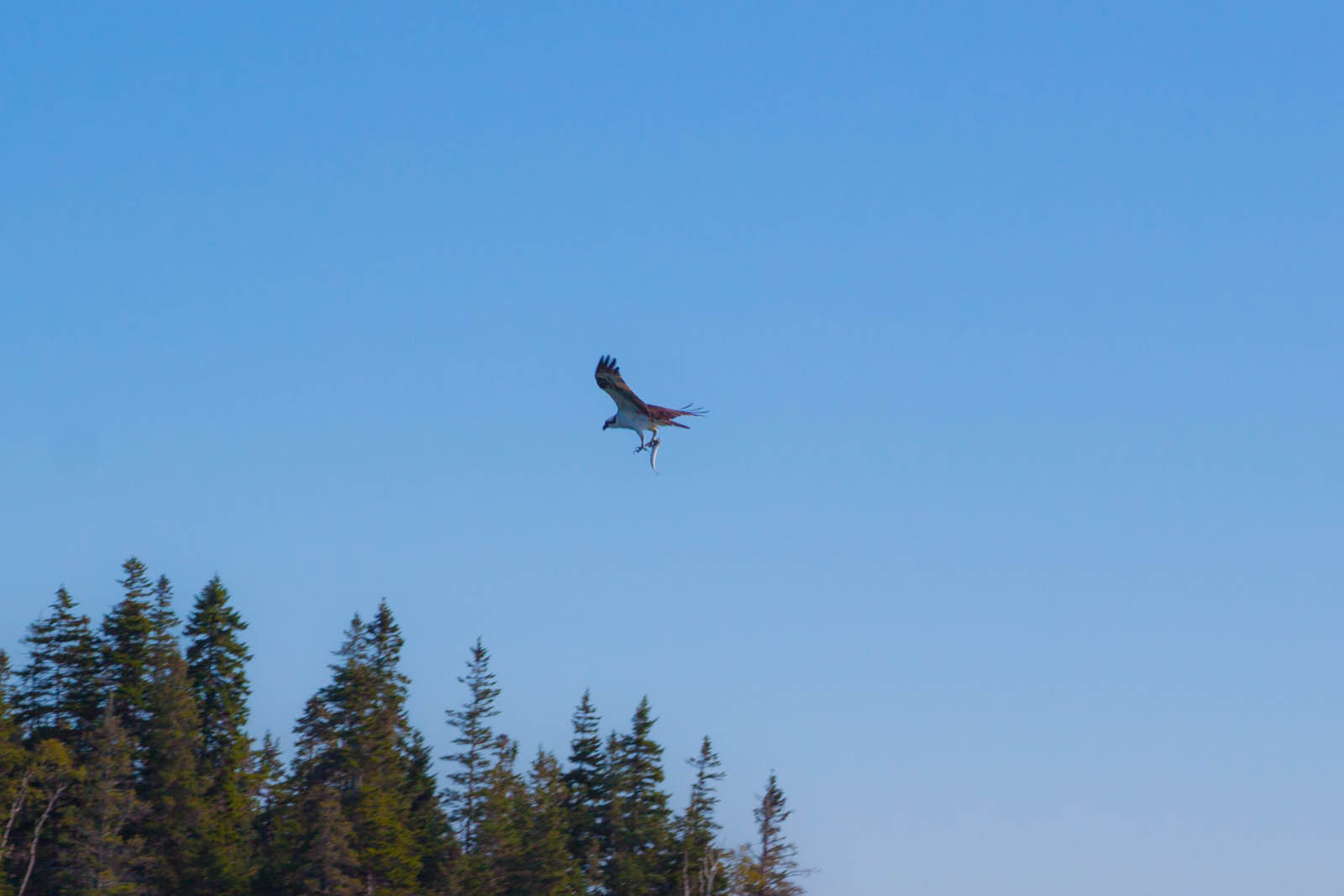 After a few smart tacks, the schooner disappeared out of Seal Bay. 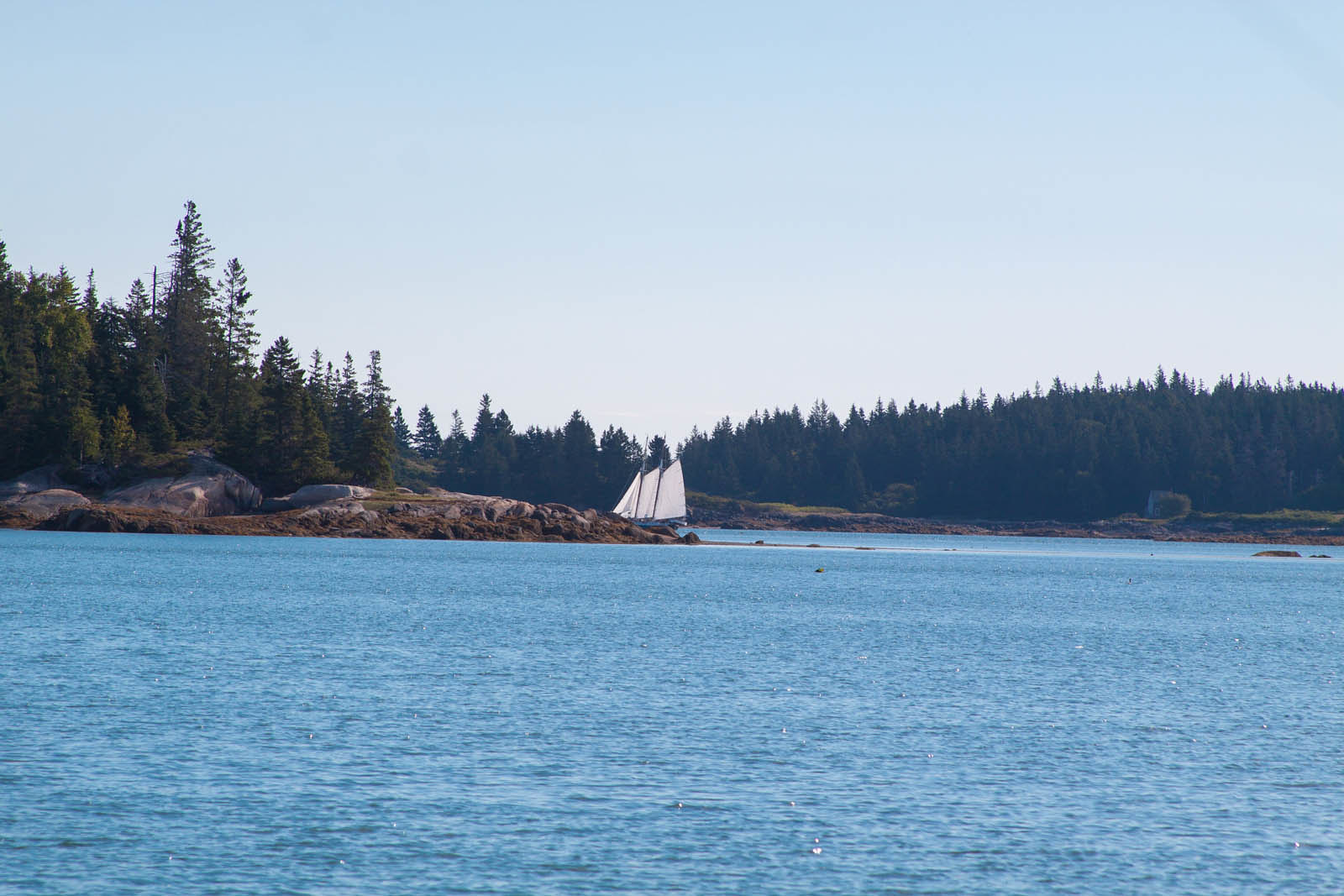