Al, it's bigger than it looks and the charts are accurate. Braden Toan was in there on MERIDIAN.
In Response To: Haven't been in there! ()

We took the only empty destination mooring which is right in the middle of the channel. 3 boats anchored between Hay and Burnt Islands with plenty of swinging room. A few were anchored way down at the end. The schooner was anchored off the little no-name island. I would say there was room for twice as many boats in that vicinity.

Braden Toan had the best anchorage of all of Seal Bay. Just off Hen Island in the mouth of the entrance. We saw his boat MERIDIAN going in the day before but couldn't raise him on the radio (a common occurrence, it's the first call I've made this year). The next day we peeled off the channel to his boat. They were off exploring. Next time I visit, I'll anchor there for sure. It was beautiful(I met Braden in Rockport a few days later, great to see him!).

Figures, the best spot in Seal Bay, was taken by a New Yorker,...

Once we got back in the channel, we looked back, and there he was on the rocks. I snapped a long lens shot. 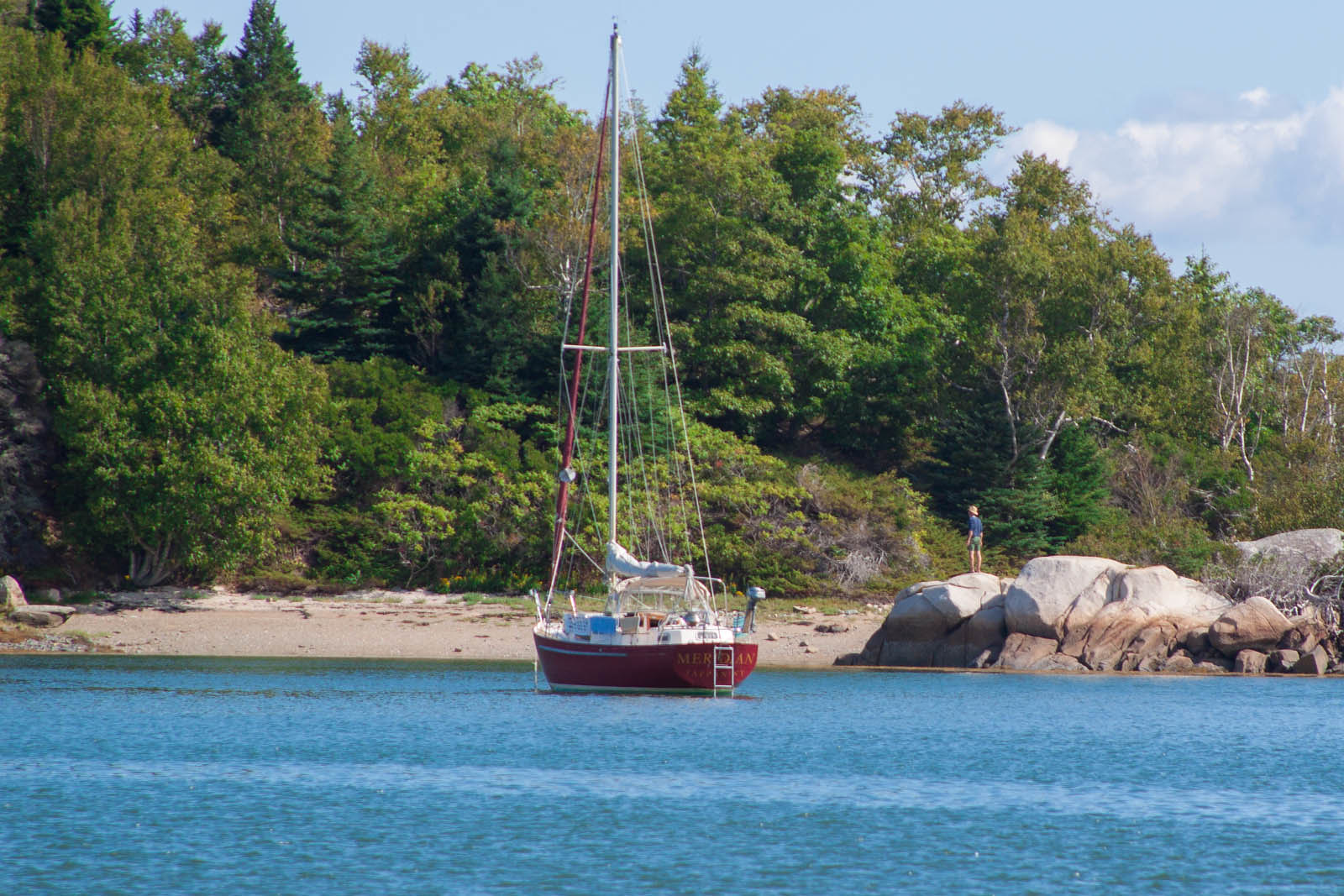