October winds are here, early. How do you tie your second reef in(or third)?

I finally rigged my second reef in the new mainsail I've had for two seasons. Mounted the second cheek block and cleat - check. I like to tie my mainsail reefs in, before raising sail. Easier and less drama.

That worked fine. The bunt of the main falls off the boom to port, easy to tighten down (no winch needed).

The problem is the second reef tack cringle. No way that's going to go over the tack horn. Too much sail no matter how you arrange it. I don't have 'lazy rings' but I don't think they would work that well either. Plus they too easily fall off the horns(like the first reef does,...).

So I just tied a bowline in the tack cringle and lead it to a near cleat on the mast. Worked fine but I want to attach the tack to the boom. I have a sliding goose neck and tension the mains luff with a 2 part downhaul. Any good ideas for an easy and secure way to attach the second reef at the tack? At this point, I'm thinking maybe a simple line (stout) through the cringle and around the boom, with a square knot.

The second reef did just what I hoped yesterday. The wind was 15 to 20 gusting to 25+. The little sail is so easy to control. Very flat, 3 full battens giving a good shape. We were a little underpowered at times but that was fine. The wind was blowing from home and we just wanted a nice easy, comfortable sail. I experimented with the mizzen up. It was in clean air nearly all the time. About the time the genoa (set at around 90%) would luff, the mizzen would luff. The main could be trimmed closer to the wind than the genoa or mizzen.

The real fun was when we got out of the highest wind along the western shore. Then at that point I kept adding power via larger genoa area(unrolling). The boat was very stable even in the gusts and stayed on her feet, going to windward. Fast! 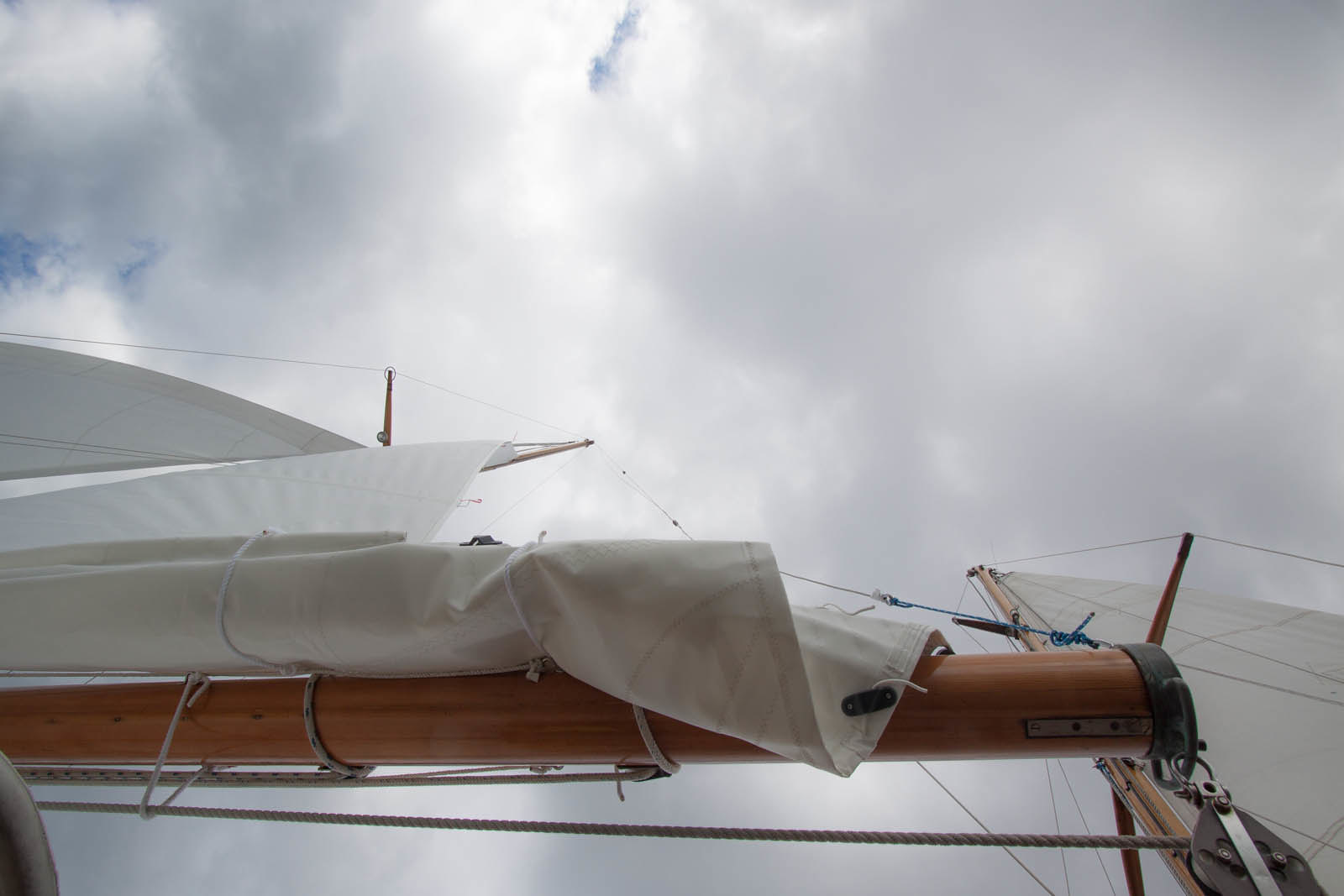